Adam Balick represents clients in all three of the firm’s principal practice areas: health law, commercial litigation, and alcoholic beverage licensing. In the health law field, he represents a broad array of health care providers in administrative, civil, and criminal proceedings arising from federal and state health laws and regulations, particularly fraud and abuse laws. As a former Deputy Attorney General for the State of Delaware, Mr. Balick is familiar with the practical workings of, and the key staff in, the government offices investigating health care fraud and abuse in Delaware, including the Department of Justice, the United States Attorney’s Office, and the state Medicaid Fraud Control Unit, as well as the Delaware Department of Insurance, which investigates alleged fraudulent billing brought to its attention by private health insurers. Mr. Balick also advises health care providers regarding compliance with state licensure, patient privacy, and provider reimbursement statutes and regulations.

Mr. Balick has considerable litigation experience, first as a prosecutor in the Delaware Attorney General’s Office, then in private practice successfully representing a number of businesses in connection with their commercial disputes related to corporate governance, contracts, State consumer protection laws, and covenants not to compete.

Mr. Balick is a former Chair of the Delaware State Bar Association’s Health Law Section and is a member of the Advisory Board of the Health Law Institute of the Widener University School of Law. He has been recognized as one of Delaware’s top lawyers in the health law field by Delaware Today magazine. He writes and speaks frequently on health law issues. 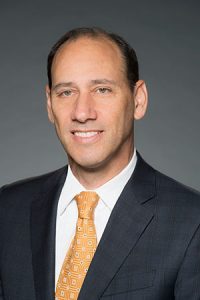